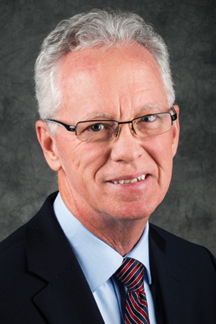 John Shott is a West Virginia delegate from House District 27, which covers part of Mercer county and part of Raleigh county. In his last campaign, he received over fourteen thousand dollars in donations from the energy sector, including over four thousand from the gas and oil industry and the PACs, lobbyists, and lawyers who represent it.

As the chair of the House Judiciary Committee, Shott presided over a public hearing on HB 4268— Forced Pooling Lite/”Cotenancy.” During this hearing, he had a mineral-rights-owning West Virginian dragged out of the Capitol for listing his and other Judiciary members’ campaign donations from gas and oil corporations. He called the publicly-available information on these legalized bribes “personal comments.”

After listening to the testimonies of all the mineral and surface rights owners asking him and the House Judiciary Committee to do the right thing and vote NO to HB 4268 and legalized theft… Shott and his Swamp friends stripped down the protective language in the bill and voted YES to advance the bill to the floor of the House for a vote.

Ask him why he allowed a vote on a bill that would allow large out-of-state gas corporations to seize the property of West Virginians. Ask him why would he ever vote YES to something that violates our property rights.

John Shott felt so threatened by mentions of his political campaign payday from large, out-of-state gas-and-oil corporations that he had a property owner kicked out of a hearing on a bill which would remove her property rights. He is not working for the citizens of West Virginia.

A few changes were made to HB 4268 after it passed from House Energy to House Judiciary. There was a committee substitute which mineral and surface owners felt was more protective– with provisions like a minimum royalty rate and protections for undeveloped portions of the property. Unfortunately, the Swamp Dwellers in House Judiciary caucused to discuss what the gas-and-oil lobbyists wanted, and these protections went right on the chopping block.

Instead of a 14% minimum royalty payment, the bill now only requires 12.5. Additionally, the bill that passed House Judiciary will allow gas and oil companies to hold onto your property as long as they want, even if they don’t develop all of it—so they will be allowed to steal all your mineral rights for development in a tract, hold your rights for your entire lifetime or longer, maybe only develop a tiny portion of them, and you won’t be able to lease to anyone else (or bargain for a better deal). Obviously, if your stolen property isn’t fully developed, you might not even get a decent royalty payment out of it.

HB 4268 passed on a 14-10 vote along party lines (the House Democratic Caucus has come out as a group against Forced Pooling legislation for this year). It now proceeds to the House floor for a vote. Take action here.

Alert: Forced Pooling Lite is on the Move