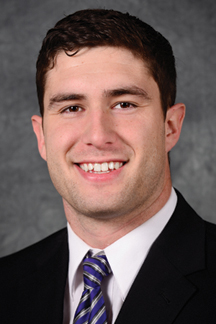 Geoff Foster is a West Virginia delegate for House District 15, which covers part of Putnam county. In his last campaign, he received thousands from the energy sector, including a thousand from gas and oil corporations, lobbyist PACs, and lawyers who represent the industry. He has a history of voting for Forced Pooling legislation, and this year he sponsored HB 4268– the newest Forced Pooling attack on property owners and their rights.

Contact Delegate Foster and tell him West Virginians don’t appreciate his attempts to give large out-of-state gas and oil corporations the right to steal from us. Sponsoring Forced Pooling legislation is an attack on property owners.

Delegate Foster sponsored HB 4268– 2018’s version of Forced Pooling. Foster is not alone in this vicious attack on property owners; Delegate Bill Anderson is the lead sponsor, and Delegates Kelly, Zatezalo, Westfall, Fast, Higginbotham, Atkinson, Hollen, Ward, and Lane are cosponsors. All of these legislators are fighting hard to deliver exactly what out-of-state gas and oil companies want—the right to force West Virginians to give up their property rights.

In 2015, Foster voted YES on two occasions for HB 2688– a petroleum forced pooling bill. This forced pooling bill would have allowed oil companies to steal from non-consenting property owners as long as they had consent from landowners that owned at least 80 percent of the net acreage of a horizontal well unit. Foster voted twice to allow petroleum drilling without consent of all property owners—a yes vote when HB 2688 passed the House initially, and a yes vote during the failed concurrence vote.