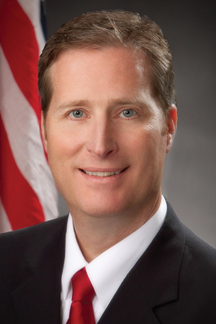 Tom Fast is the West Virginia Delegate for House District 32, which covers Fayette County. In his last campaign, he received a thousand dollars from the energy and natural resources sector. Although he voted against Petroleum Forced Pooling in the past, he has just staked his name and his reputation on the newest attempt to legislate Forced Pooling (HB 4268) on behalf of out-of state gas companies and their lobbyists.

Contact Delegate Fast and tell him he needs to take his name off of HB 4268 and wade back out of the Swamp. He had the good sense to know Forced Pooling was wrong in 2015, and he should know it is wrong NOW.

If he doesn’t change course, his legacy will be “Delegate Tom Fast used to protect property rights.”

Delegate Fast sponsored HB 4268– 2018’s version of Forced Pooling. The Swamp Dwellers in Charleston are trying to rebrand it as the “Cotenancy Modernization and Majority Protection Act.” Delegate Bill Anderson is the lead sponsor of this attack on property owners; Delegates Kelly, Zatezalo, Westfall, Fast, Higginbotham, Ward, Hollen, Atkinson, Foster and Lane are cosponsors. All of these legislators are fighting hard to deliver exactly what out-of-state gas and oil companies want—the right to force West Virginians to give up their property rights.

This forced pooling bill would have allowed oil companies to steal from non-consenting property owners as long as they had consent from landowners that owned at least 80 percent of the net acreage of a horizontal well unit.

We hope to see Delegate Fast come to his senses and fight against Forced Pooling like he once did.

Tell the House Energy Committee “No Right to Trespass!”