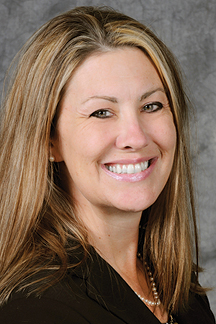 Erikka Storch is a West Virginia delegate from House District 3, which covers part of Ohio county. In 2015, she voted against Petroleum Forced Pooling, but is supporting this year’s Forced Pooling/”Cotenancy” attack.

In her last campaign, she received several thousand dollars in donations from the energy sector, including about two thousand from the gas and oil industry.

As a member of the House Energy Committee, Storch voted YES to advance HB 4268– the new Forced Pooling. Her yes vote is an attack on West Virginia property owners, signalling her intention to allow out-of-state gas corporations to steal from us.

Ask her why she voted for a bill that would allow large out-of-state gas corporations to seize the property of West Virginians.

Remind her that she knew Forced Pooling was WRONG back in 2015, and she knows it is wrong now.

This forced pooling bill would have allowed oil companies to steal from non-consenting property owners as long as they had consent from landowners that owned at least 80 percent of the net acreage of a horizontal well unit.

We hope to see Delegate Storch come to her senses and fight against Forced Pooling like she once did. Wade back out of the Swamp, Erikka!