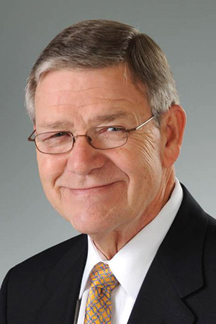 Ed Gaunch: His votes and the money behind them

Senator Ed Gaunch represents Senate District 8, which covers part of Kanawha county and part of Putnam County. He’s got a pretty nice life, both as one of the top paid state legislators in the nation (according to a recent study) and in his private life. He’s not afraid to tell anyone, either. He recently informed a group of teachers who came to him with their concerns about the rising costs of PEIA that he didn’t care what they thought of him because he has a “cushy” life to fall back on.

Gaunch has a history of voting against West Virginia workers– chipping away at union membership and power by cosposoring and voting for SB 1 in 2016, voting to repeal state prevailing hourly wages, and voting to repeal parts of the Workplace Freedom Act in order to avoid legal challenges to the law.

In 2015, he voted YES to allow loosely-regulated charter schools to erode West Virginia’s education system, a bill which passed the Senate but then went nowhere in the House.

Although he is often busy voting against the working class and education, Ed Gaunch does make time for other interests. In fact, he has a soft spot for the oil and gas industry; in 2015 he voted to allow companies to take West Virginians’ property through Petroleum Forced Drilling (a forced pooling/lease integration bill that large, out-of-state gas companies really wanted passed so they could start seizing West Virginians’ property). In 2016, he followed up on his commitment to fossil fuel special interests with a vote to reduce the severance tax on oil, natural gas, and coal; the bill would have reduced severance tax on coal and gas to 4% in 2017 and 3% in 2018, which the West Virginia Center on Budget and Policy warned would have blown a “massive hole in the 2018 state budget.” This year, he voted YES to allow large out-of-state gas corporations to steal property from West Virginians through Forced Leasing (“Co-tenancy”).

But Gaunch took some time this year to create more anti-educator legislation. For the 2018 legislative session, Gaunch introduced a bill which would strip seniority consideration out of county board employment decisions.

Why is Ed Gaunch  so openly hostile to improving health insurance for teachers and state public employees? Why is he unconcerned about their workers’ financial and professional security? Who is he working for?

Take a look at this graph showing donations from his top five identifiable donation sectors and decide for yourself.