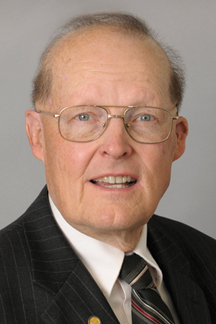 Bill Anderson is the West Virginia State Delegate for House District 8, which covers Wood County. In his last election campaign in 2016 he received thousands of dollars in donations from largely out-of-state energy companies and the law firms which represent them.

The chair of the House Energy Committee, he has come out as a strong champion of attacks on West Virginia mineral owners’ property rights just before the 2018 legislative session, touting the newest version of Forced Pooling, which industry is trying to rebrand as “Co-Tenancy” in an attempt to slide it through the legislature against public resistance from West Virginia landowners. He is lead sponsor of this year’s Forced Pooling attempt, as well as lead sponsor on this year’s Right to Trespass bill.

Take a moment to tell Bill that West Virginians don’t support his push to open our land to trespassers, steal our mineral rights and ability to negotiate with out-of-state gas companies!

Delegate Anderson sponsored HB 4268– 2018’s version of Forced Pooling. The Swamp Dwellers in Charleston are trying to rebrand it as the “Cotenancy Modernization and Majority Protection Act.” Anderson is the lead sponsor of this attack on property owners; Delegates Kelly, Zatezalo, Westfall, Fast, Higginbotham, Ward, Hollen, Atkinson, Foster and Lane are cosponsors. All of these legislators are fighting hard to deliver exactly what out-of-state gas and oil companies want—the right to force West Virginians to give up their property rights– but Anderson is leading the charge.

Bill Anderson’s HB 4268 would allow out-of-state gas and oil companies to force property owners to give up their rights without their consent.

Anderson is lead sponsor of HB 4168—the new Right to Trespass bill. This bill is meant to do one thing: allow any natural gas firm, corporation, or company to enter private property without the property owner’s permission.

Both this version and last year’s version of the Right to Trespass bill attempt to forcibly re-define the concept of private corporations entering private property without express permission. The language of the bills claim that these invasions will be considered “neither a trespass nor a taking. Such entries shall be considered a minimal intrusion.”

In 2017, Anderson was lead sponsor of HB 2688, which would have made it legal for gas company employees to enter private property without the property owner’s permission. This Right to Trespass bill not only would have allowed corporations to enter private property without prior consent from the landowner, it also left the landowner potentially liable for injury claims from the trespassing gas company representative. This bill did not make it out of committee.

In 2015, Anderson co-sponsored HB 2688– a petroleum forced pooling bill. This forced pooling bill would have allowed oil companies to steal from non-consenting property owners as long as they had consent from landowners that owned at least 80 percent of the net acreage of a horizontal well unit. After helping introduce the bill, Anderson voted twice to allow petroleum drilling without consent of all property owners—a yes vote when HB 2688 passed the House initially, and a yes vote during the failed concurrence vote.