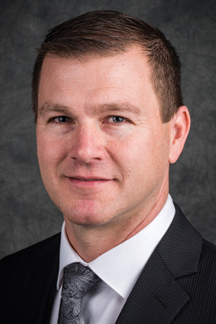 Jason Harshbarger is the West Virginia Delegate for House District 7, which covers Ritchie county and part of Pleasants county. In his last campaign, about 40% of his donations came from the energy sector, and over a thousand of that came from gas and oil corporations and PACs. In December of 2017, the West Virginia Oil and Natural Gas Association hosted a fundraiser at their Charleston headquarters for Harshbarger. Cohosting were lobbyists from Antero, Southwestern Energy, Dominion, Consol, EQT, First Energy, Appalachian Power, and WVMA. These gas and oil lobbyists want a few things from the folks they wine, dine, and financially back– Right to Trespass, Forced Pooling, Cancer Creek, the right to cheat regular people out of their due royalties…

Harshbarger has delivered what his funders demand. In 2017, he sponsored a Right to Trespass bill; perhaps backlash from that decision kept him from sponsoring this year’s version. This year, as a member of the House Energy Committee, he voted YES to advance Forced Pooling. The House Energy Committee has not taken action on this year’s Right to Trespass bill, but the Swamp Dwellers who voted to let big gas corporations steal private property will probably have no problem voting to let big gas corporations trespass on private property.

One year after co-sponsoring the Right to Trespass bill, Delegate Harshbarger is lead sponsor of an anti-trespassing bill for hunting, trapping, or fishing on someone else’s land (HB 3020). This move does not camouflage the truth: Harshbarger thinks that it’s okay for representatives of big out-of-state gas companies to trespass on your land to survey for eminent domain, but apparently it only becomes criminal when it’s regular folks doing the trespassing.

Take a moment to contact Jason and let him know that Right to Trespass is WRONG and his vote for Forced Pooling is a direct attack on West Virginia property owners rights.

Delegate Harshbarger voted yes to advance HB 4268– 2018’s version of Forced Pooling. The Swamp Dwellers in Charleston are trying to rebrand it as the “Cotenancy Modernization and Majority Protection Act.” Delegate Bill Anderson is the lead sponsor of this attack on property rights, and Delegates Kelly, Zatezalo, Westfall, Fast, Higginbotham, Ward, Hollen, Atkinson, Foster and Lane are cosponsors. All of these legislators are fighting hard alongside Delegate Harshbarger to deliver exactly what out-of-state gas and oil companies want—the right to force West Virginians to give up their property rights.

Gas lobbyists have already admitted that Cotenancy is just the newest spin on Forced Pooling. Even industry publications have referred to it as “Forced Pooling Lite.” The Swamp Dwellers seem to be making an appeal for “Majority” rights, but this is just a distraction tactic. The fact is that the majority of consenting co-tenants in a would-be unit for development are already protected. Currently, they are within their rights to take a deal, negotiate for the best price, and let big out-of-state gas and oil companies develop on their property.

In 2017, Harshbarger sponsored HB 2688, which would have made it legal for gas company employees to enter private property without the property owner’s permission. This Right to Trespass bill not only would have allowed corporations to enter private property without prior consent from the landowner, it also left the landowner potentially liable for injury claims from the trespassing gas company representative. This bill did not make it out of committee.