Although Tim Miley has dropped the ball on defending the property rights of West Virginians in past years, he seems to have changed his tune for 2018 and stepped up to the plate in a big way, along with many other House Democrats. Speaking during a press conference regarding legislative priorities for the 2018 session on January 9th, Delegate Miley said of expected upcoming bills from industry politicians:

“As far as we know now, it’s another form of Forced Pooling”

“Because if you’re forcing West Virginia citizens to give up something they own, that’s the wrong path to go down”

It’s important that we thank our representatives when they have the courage to break with power out-of-state companies and stand up for our property rights like this.

Please take a minute to call or email Tim Miley and tell him “Thank you Delegate Miley for your promise to stand up for West Virginias and fight against Forced Pooling and all its fake names like Co-Tenancy in the 2018 Legislative Session!”

Delegate Tim Miley has served in the West Virginia House since 2004; he is currently Minority Leader of the House. He serves on the House Energy Committee, as well as on the Interim Energy Committee and Interim Natural Gas Development Committee. He is a personal injury lawyer with The Miley Legal Group.

In 2014, as Speaker of the House, Miley was the lead sponsor of HB 4558, a forced pooling bill which would “unitize” tracts in which 67% of mineral rights owners agree to drill in spite of the objections of the other 33% stakeholders. This bill was developed by oil and gas industry lobbying groups WVONGA and IOGA. Fortunately, the bill never left the House Energy Committee.

In 2015, Tim Miley voted nay to HB 2688—a forced pooling bill which would allow for unconstitutional taking of property. In cases where 80% of mineral rights owners agreed to the theft, a commission created by the legislation would be able to force the remaining 20% stakeholders to either accept the deal forced on them, sell their rights, or sublease their rights.

His nay vote should be applauded. It is his yea vote that must be criticized—during the initial House vote on the bill, Delegate Miley voted to legalize majority-rules theft.

Why would he vote that way, even once? It doesn’t matter that Miley was a nay on forced pooling after the Senate passed the bill and sent it back to the House, because his first vote was a yea. Every vote taken on a harmful bill like forced pooling should be treated as if it is the only chance to get that vote right.

But his history of supporting industry-written forced pooling schemes isn’t the only sign of Miley favoring the natural gas and oil industries (or any big polluters) over constituents.

In 2014—the same year he sponsored WVONGA’s and IOGA’s forced pooling legislation—House Speaker Miley urged Governor Tomblin to call a special session to weaken the Aboveground Storage Tank Act less than half a year after it was passed. The AST act was passed after the disastrous Freedom Industries MCHM spill—a spill which left over 300,000 people in the Charleston area without drinkable water, and which caused over $151 million in damages.

The legislature acted quickly to pass a bill to address some dangerous shortcomings (especially regarding aboveground chemical storage tanks) which left our drinking water vulnerable to chemical spill disasters. Although the Freedom Industries spill was related to coal processing, the AST safety bill required better oversight for all tank operators; the oil and gas industry use a lot of tanks, and many of them contain dangerous chemicals. Why did Tim Miley, along with Senate President Jeff Kessler, want Tomblin to call a special session to undo parts of a law protecting our water from industrial carelessness?

Because oil and gas lobbyists were complaining about having to follow the law by the deadline of January 1, 2015. And at least one oil and gas industry company owner—Miley donor and Mountain V Oil and Gas president S. Michael Shaver—lobbied Miley and Kessler at a steakhouse event for legislators. That’s all it took– $1000, some whining, and maybe some steak—and Miley was asking the governor for special industry favors.

Miley was back to eroding AST requirements again during the regular legislative session in 2017—he voted yea on HB 2811, the “More Spills Bill.” .

But Miley’s attacks on clean water weren’t done there. During the 2017 regular legislative session, he chose again to mollify gas and oil industry whiners instead of protecting West Virginia citizens: he co-sponsored HB 2506 pushed by the WV Manufacture’s association, more popularly known as the Cancer Creek bill.

Finding our way out of the swamp 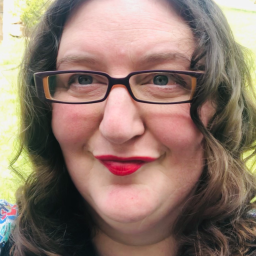